Christmas is a festival that manages to stir up a lot of passion amidst its festivities. One of the traditions that Christmas brings with it, in addition to setting up a Christmas tree, is building a Christmas Village. Christmas villages have their origins in German traditions and some can be admired in miniature house museums.

What is a Christmas Village?

How to Build a Christmas Village? 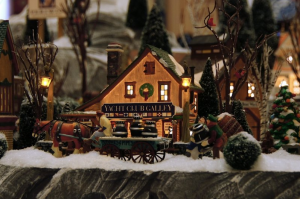 This should be considered as a guideline, and any village can be customized according to personal wishes and the homes we live in.

Modes of transportation such as buses, cars and even trains can find a place in the village. Trees, some animals and small miniature people complete the set up. Groups of people standing and talking together in various areas would add to the festive atmosphere of the village.

It is to be noted that the buildings in Christmas villages are never made to scale. A house can be taller than a church or vice versa. The Holy family and shepherds are also sometimes placed in the village.

To Make Your Christmas Village Special 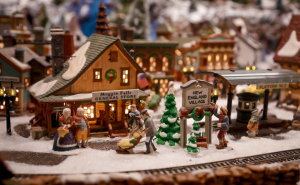 The following are some of the ideas that can make your Christmas village stand out from the crowd.

Not only is village making a grand tradition, but it can involve the whole family, making it a fun activity that can promote a happy family atmosphere during the season of lights.